The 5 Browns — Ryan, Melody, Gregory, Deondra, and Desirae — all attended New York’s Juilliard School and are the only family of five siblings ever accepted by the prestigious institution. People magazine dubbed them the “Fab Five” and they have been featured on Oprah and 60 Minutes. The New York Post writes: “One family, five pianos, and 50 fingers add up to the biggest classical music sensation in years … When these kids do Rachmaninoff, they’ll make you forget about Marshall amps.” The ensemble has released six albums which have cumulatively spent over 30 weeks at no. 1 on Billboard magazine’s Classical Album Chart. Their sold-out Armstrong debut in 2008 was followed by a second sold-out concert in 2010. Still going strong, they make their triumphant return to the Armstrong stage for another encore performance. 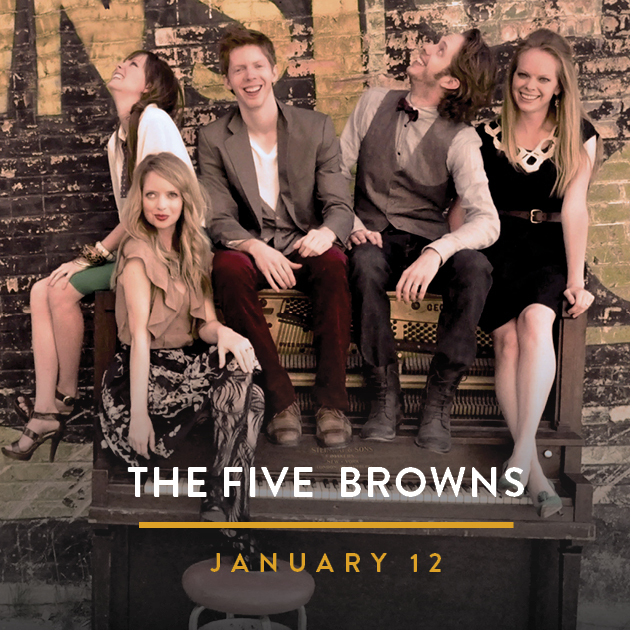